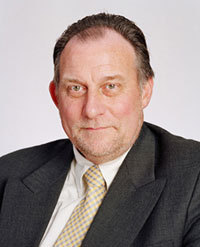 Charles Brown LLB FCIArb
After university Charles trained as a solicitor and qualified in 1980. He held a practising certificate continuously until September 2014 and was a partner first at Freedman & Co before moving as a partner to international law firms Dechert in 1997 and Duane Morris in 2003. In 2005 he realised a long held ambition and founded Charles Brown Solicitors until retiring as a solicitor to set up Charles Brown ADR Services Ltd and concentrate his practice as Arbitrator, Adjudicator and business consultant.

Charles has always practiced in the commercial sector combining transactional work with dispute resolution. He has substantial experience in the construction, engineering, infrastructure and Utilities industries and has acted for national and international companies and governmental agencies. His international experience includes work in Europe, Middle East/Gulf, South East Asia and North America.

Throughout his career Charles has advocated the alternatives to litigation in the resolution of disputes. He joined the Chartered Institute of Arbitrators in 1980, becoming a Fellow in 2000, a Chartered Arbitrator in 2004, and is a member of the CIArb and other arbitration panels in the UK and Gulf states.

He was Chairman of the South East Branch of CIArb from 2009 to 2012. He became a member and later chair of the Examination Board of the Institute and subsequently Chairman of its Board of Management from 2011 to 2013. He will be the President of CIArb in 2015 the year in which it celebrates its centenary.

Arbitration
Charles has acted for clients in well over 100 arbitrations and has been appointed as arbitrator in more than 25 references. He has experience of both ad hoc and institutional commercial arbitrations under ICC, CIArb and other international rules. The arbitrations in which he has been involved include construction, infrastructure and Utilities (Water and Telecoms) and have involved claims from £50,000 to £150m .

He lectures extensively on arbitration including International Arbitration for the LLM course of a UK university and at conferences throughout the world including North America, Middle East/Gulf, South East Asia and Europe.

Adjudication
His first adjudication was in 1998 and he has been appointed as adjudicator in more than 75 referrals involving sums from less than £50,000 to in excess of £20m and declaratory decisions about contract interpretation, termination and quality issues.

Charles co-authored and has continued to tutor and examine post graduate diploma courses in Construction Adjudication for two UK universities for more than 10 years and speaks extensively about adjudication at national and international conferences.

He is also a DAB member for infrastructure projects in the Middle East and Bulgaria, and a water project in the UK.

His mediation experience is equally extensive and in the last ten years all except one of the disputes in which Charles was instructed as a solicitor and which were litigated were finally resolved by conciliation or mediation rather than court judgment.

Charles is a Freeman of the Worshipful Company of Arbitrators, a member of IBA (ICP section), TeCSA and SCL.